Join the forum, it's quick and easy
:::Free Mobile Hardware & Software Forum:::
(Sallam)Welcome From Tanveer Anjum Khan Sub Eng Electronics.
Thanks For Visiting www.gsmtaunsasharif.tk
Cell NO +923337206656
tanveer.anjum@yahoo.com
:::Free Mobile Hardware & Software Forum:::
Would you like to react to this message? Create an account in a few clicks or log in to continue.

Life History Of Hazrat Khawaja Muhammad Suleman [You must be registered and logged in to see this image.]
Khawaja Suleman was born in 1184 A.H (1170 A.D) at village Gargogi Distt. Loralai (Balochistan). His father's name was Zakria Bin Abdul Wahab. He Belonged to Jaffar tribe. On north-east lies a vast & green hilly area of Darug.

The elder brother of Khawaja Suleman , whose name was Yousuf, died in young age. His father died, when Khawaja Suleman was a chiled. He adapted pupil hood of Hafiz Muhammad Yousuf Jaffar, Imam of mosque of Gargogi, for learning the Holy Quran by heart (to become Hafiz-e-Quran). Besides, learning the Holy Quran by heart, Khawaja Suleman got primary educations in Persion Language & Litrature. For further education he became the pupil of Mian Hassan Ali of Taunsa Sharif, studied "Pand Nama, Attar and Gulistan-e-Saadi. After some time, at a distance of 5 "Koos" (a distance in local language, which is a little longer than a mile), he came to a village "Lahngah", at the eastern bank of Indus and studied Persion from Wali Mian Sahib. He went to Qazi Muhammad Aqil Chisty (Kot Mithan) and got admission in Dar-Ul Aloom for higher education and studied Arabic.

Khawaja Noor Muhammad Maharvi visited Uch Sharif in those days, when Khawaja Suleman was studying at Kot Mithin. Qazi Muhammad Aqil Chisty and his pupils went to Uch Sharif for Ziarat of Khawaja Maharvi and attended his Majlis (sitting).

Khawaja Suleman was very much impressed and inspired by his eminence and spirituality and requested for "Bai'at". Khawaja Noor Muhammad Maharvi accepted the request and Khawaja Suleman was made his Mureed (disciple) when Khawaja Suleman was 15 old years at that time. He came to Kot Mithan by the order of his spiritual father "Pir". He was so much fallen in love of his "Pir" that he went on going to his Pir off and on the remained in dilemma for a long time. Now he was bored from the madrisa.

At last the love of his Pir suppressed him and he was fed apparent knowldge. An ambition rose in his mind to see Hazrat Khawaja Fakhar Ud Din Dehlvi the Pir of Hazrat Khawaja Noor Muhammad Maharvi. So, in Jamad Us Sani, 1199 A.H, 1784 A.D, he set out to Mehar Sharif on foot all alone. He continued his journey via Uch, Bekanir and Ajmair Sharif. At last he reached Delhi.

Alas ! Khawja Dehlvi had passed away two days earlier, when Khawaja Suleman arrived at Dehli. He was much grieved for being deprived by his fortune, for seeing Khawaja Dehlvi and sitting in his Majlis. 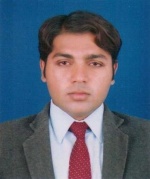